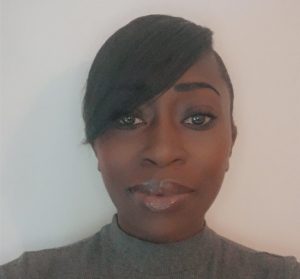 Tell us a bit about your background.

My professional background is mainly in Adult social care. For a number of years I was CQC Registered Manager overseeing support services for adults with Autism, learning disability needs, mental health needs & rehabilitation support. Before I became a special guardian I was working full-time with a local council as a Homelessness Prevention Officer and had just started a law degree. I recently joined Kinship as a Project Worker based in North London.

What were the circumstances that led to you becoming a Special Guardian?

In late 2019 social services contacted my family to inform us that my sister had a child and wanted to know if anyone from family would be able to care for my niece. To put this into context, my sister had years of trauma which contributed to her chaotic lifestyle, substance misuse, unplanned pregnancies and struggles with her mental health. My niece was the sixth child removed from her care at birth and placed in foster care. I had to undergo a viability assessment and a fuller Special Guardianship assessment before my niece was placed in my care. Initially I was granted a Child Arrangement Order then the Special Guardianship order in February 2020. Sadly my sister passed away this year.

You’re very active in supporting other kinship carers. How did you become involved in this work?

At the beginning of my journey, I felt really isolated and alone, especially through the pandemic. I was not linked to any kind of support service until months after my niece came into my care. When I became involved with the charity, Kinship, it connected me to other carers and gave me a new support network. Peer support helped me realise that there are a lot of families like mine and removed a lot of the shame I felt about my situation. I became a volunteer for Kinship and joined the Someone Like Me and Grants teams. Alongside, I became involved with Adopt London West, the only regional adoption agency in London that currently offers support to special guardians as well as adopters.

What kind of work do those teams do?

The Someone Like Me service is amazing and run by carers like myself who provide emotional support and understand the journey kinship carers are on. The Grants team helps carers identify and access the various kinds of financial benefits and funding they might be entitled to. I’m also involved with Adopt London West, as a Peer Support Volunteer currently co-facilitating SG support group and supporting regional development of core support offer to SG carers.

How did you become involved with the ASGLB?

Because of the media work with Kinship, Lucy Peake (Kinship Chief Executive and ASGLB member) and Krish Kandiah (ASGLB Chair) invited me to speak about my lived experiences as SG carer to the ASGLB Board at an away day in February 2021. From the SG network I have been developing through ALW, I was then invited to join the newly developed Special Guardians Reference group.

The Special Guardians Reference Group supports the ASGLB to influence positive change for special guardians and the children they care for. What do you see as the key issues for the group?

I’ve found that there are a number of common issues and challenges facing special guardians. Some of which I’ve experienced first-hand. The good thing about having this group is that we’re able to engage with the Department for Education. When it comes to things like allowances the DfE pays a key role. The guidelines they draw up are what local authorities abide by. I’d like to see the Adoption Support Fund become more inclusive and accessible to SG carers – maybe even renamed to reflect that. There also needs to be more training and support for prospective carers early on and signposting to the kind of help and benefits that are available. For example, the Pupil Premium Fund which more SG carers need to be helped to access.

What are your wider ambitions for the ASGLB?

Ultimately I’d like us to bridge the gap between professionals and families and we need to change the care system to do that. We need to ensure that social workers have a greater understanding of the journey of special guardian carers. We need to support local councils in making it explicitly clear what their support for special guardians looks like.

At local level I would like to see the same kind of forum groups for special guardians that we currently have for adoptive carers. That would allow them to feed into the local authority corporate parenting committees and councillors relay information back to government at national level. People may not be aware that the term ‘Adoption Scorecards’, is measurement set by government. Key Performance Indicators that are reported for every child where care plan outcome is adoption placements, KPIs are not reported for all special guardian placements. It’s hard to monitor the effectiveness of the services that special guardians are needing to access now if government isn’t aware of them. Plus there should be regulated support services for special guardians just as adoption agencies are regulated. It should also be a level playing field when it comes to the paid leave available to adopters and special guardians. At the moment, access to services depends on a child having Looked After Child (LAC) status which excludes those children subject to an SG order through private arrangements.

We’re talking during Kinship Care Week – do you have a final message for people reading this?

Although our families have different needs to adoptive families, we provide the same level of permanency for a child and should be given the appropriate support to help that placement thrive. This Kinship Care Week, let’s celebrate the amazing kinship carers as well as special guardians and recognise the challenges they overcome everyday to meet the needs of the children in their care.