Satwinder Sandhu is the Chief Executive Officer of IAC – The Centre for Adoption. He has been a member of the ASGLB since April 2021. 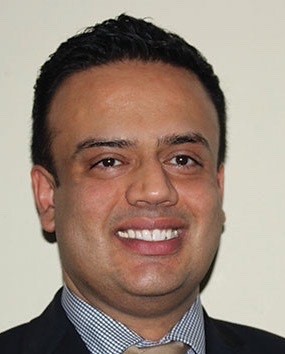 When did you begin working with children and families?

I’ve spent my entire professional life in children and families services – across the public, private and now the independent sector. From a very early age I knew I wanted to work with people. At school, I had a great form tutor who helped me decide that social work was the right way for me. My parents wanted me to get a degree and at that time there was only one place you could train as a social worker alongside that. So I went up to Bradford University and met some amazing people of all ages from all walks of life. Which was a brilliant exposure to the heart of social work. I was actually one of the youngest on the course, ever. When I graduated I had to wait until my birthday before they’d issue me with my Diploma because you had to be 22 to have one! My first job was at Ealing Council – a kind of hybrid permanence job working with looked after children, fostering and adoption. I started there is August 1995 so it’s actually coming up to my 26th anniversary working in the sector.

You chose to specialise in adoption and permanence very early on in your career. Why was that?

I honestly don’t know why. I’m not adopted, there wasn’t anybody in my immediate family who has been adopted or has adopted. Subsequently, of course, I’ve known thousands of people who were affected. But at that point it was just a feeling. I tried to step outside of it a few times over my career thinking, well, you know, children’s social work and children’s charity work is a really broad spectrum but something always pulls me back. I know people can be quick to criticize adoption but my experience is that it can bring real permanence, real belonging and real, lifelong commitment with a family. Of course it doesn’t always go right but things can go wrong with any kind of family.

Since 2019 you’ve headed up IAC – The Centre For Adoption. Tell us about your work there.

IAC is slightly different to other adoption agencies as we primarily work in international adoption. Some people feel very precious about inter-country adoption. I don’t. I think that the world is full of vulnerable children that need families. If a government has determined that an international adoption is the only way for that to happen, then it’s our job to provide the best possible family that we can: somebody who’s fully screened, prepared, assessed, and supported. IAC does have a domestic team because our international portfolio includes the UK  but about 70% of our children are placed internationally and the other 30% domestically. At the moment we’re approving around 70 families a year. So we’re very busy and we’ve got ambitions to do even more all the time.

Being part of the ASGLB and also on the National Adoption Recruitment Steering Group and the board of the Consortium of Voluntary Adoption Agencies exposes me to so many different people and ideas. Whether it’s a conscious process or a subconscious one, they all inform, what I take back to IAC. Plus we have the global perspective and we’re exposed to an international dialogue around adoption and permanence in a way that not everybody in the sector is. When IAC started working in the domestic field in 2014, we rebranded from  the Inter-Country Adoption Centre to IAC – The Centre for Adoption. The name implies that we’re a centre of excellence and I want that to be reflected through our international expertise.

You’ve worked extensively across the public, private and independent sectors but the IAC position is your first Chief Executive role. How have you found it?

I always knew I wanted to be a Chief Executive but I didn’t really know where or how that would happen. The fact that it has happened in an adoption agency definitely feels right. IAC is a really interesting organization to work for because, I’ve since realized that, out of all of the voluntary adoption agencies in England and all of the Regional Adoption Agencies, I am the only person of colour who is heading up an organization like ours. All of my peers are white and that’s in a sector that constantly talks about diversity and inclusion. I understand why that’s happened and I have the great fortune of working with some incredible peers who are gifted, dynamic, completely committed to children, social work and welfare. But, I am now wanting to see more of my black colleagues and peers also become leaders within the sector. Not least because we’re hearing from the data that Coram-i is producing that it’s still black children who wait the longest. That was the case when I was a junior social worker and I can’t believe we’re still facing the same challenges. Clearly, there are systemic issues around and I’m really keen that we address those. Now feel I’m in a position where I can influence some of that dialogue and  I’m committed to making sure that there’s a career pathway for young people of colour who are interested in leadership.

How did you become involved with the ASGLB?

When I joined IAC I was elected by my peers to become a board member of the Consortium of Voluntary Adoption Agencies (CVAA). Jan Fishwick who has, in two previous lives, been my boss, was the Vice Chair and when she retired I succeeded her. With the Vice Chair role came a membership of the ASGLB. My first meeting was only at the beginning of 2021 – so, I feel like a relative newbie. But I know Krish Kandiah and I think he’s an amazing asset to the Board and to the government. I’ve always been aware of the Board and the impact it’s had historically and then under different leaderships. So now feels like a new era particularly with the Adoption Strategy having been launched. I feel really grateful to be involved and I’ll do whatever I can to play my part in moving things forward for children.

What are your personal hopes for the ASGLB and what it can achieve?

I feel there needs to be a pro-adoption lobby and I think that is part of the role of the Board. Obviously, the remit of the Board is wider than just adoption now, which is right and proper. But I do want us to be the voice of adoption and better outcomes for children. I hope that we can positively influence how people view adoption again. Certainly when it comes to policy and practice, there’s a role for the Board to play – particularly working with heads of Voluntary and Regional Adoption Agencies. Fundamentally I want things to improve for children. You know, we’ve got the Children’s Social Care Review and so many other things happening alongside us. And I feel as a country we seem to have lurched from one crisis to the next. So, I’d like the government to take a more strategic view in terms of managing the lives of vulnerable children and making sure all these different pieces of the puzzle are knitted together, well-resourced and supported. Because it feels as though we solve one problem for a child and then we place them into the eye of another storm. For example, a child is finally placed for adoption with a great family and then suddenly they can’t access the health or education services they need.
I’d like to see those things more clearly and easily accessible, neatly laid out for families and resourced and made easy. Sadly, it feels like we’re currently living through a political climate that’s very “glass half empty”.  I guess I want us to use our expertise and position to keep lobbying and championing for change.

Is there anything you’ve learned from your international perspective that is helpful to feed into your UK work?

I’m very fortunate I get to talk to my peers across Europe and the world who are running very similar services, but in completely different contexts. The learning that comes from that is phenomenal and yet, unsurprisingly, the foundation of our conversations is identical. We’re talking about vulnerable children with particular needs and what adopters can do to meet those needs. Our job as agencies is to support them on that journey and do our best to make sure that things don’t fall through the gaps. We have enough knowledge out there. But, I think a flaw in our social care system in the UK is we don’t apply that knowledge systematically. We have pockets of excellence all over the country, people doing amazing things, but no funding and resource to replicate, duplicate and roll that out.

There’s also a lot of learning around race and heritage. Historically international adoption was seen as the domain of fairly well off white, middle class, married, heterosexual couples adopting black babies. That wasn’t always the whole truth, but that was a big part of it. When I joined IAC in 2019, 80 to 85% of our applications from adopters were from people of black minority ethnic origin. We’re talking about between 70 and 80 black families coming to IAC to adopt each year. Plus, they were choosing to adopt primarily, not always, but primarily, from their countries of heritage. Why are those black families and people of colour choosing to adopt from overseas rather than domestically? Some of them are clearly telling us they’ve been told there won’t be a match for them here. The family that took their local authority to the human rights courts over not being allowed to progress their application because they were Indian – they ended up coming to IAC and adopting a child from the USA. They won that court case and I do think it’s telling that when we talk about transracial and transcultural adoption the door really swings one way. It means if you are a white family, you can adopt a child who is non-white. If you are a non-white family, then you won’t be considered for a white child.

I do believe that children should be placed in families that closely reflect their heritage if possible. But fundamentally I believe a family who are driven and motivated to parent a child for adoption, for whatever reason, whatever stage in their life, you know, they will do right by that child, whatever the child’s diversity, ethnicity and history.

Finally, as you mark your first 26 years in the sector, do you have any reflections or particular memories?

Working with children and families is a great privilege and a huge responsibility. The first child I worked with and placed for adoption will be 29 this year and I think about him often. I know a little bit about his life post-adoption but I don’t know what’s happened to him through his late adolescence and early adulthood. I know he was placed with an amazing family, who completely embraced him for everything and anything he was. Nevertheless, I often find myself wondering whether what I did was enough.

That’s what drives me and it’s that kind of responsibility that makes this job so different from other kinds of work. Yes, I could go and stack shelves in a supermarket if I wanted an easier life. But I thrive off this work. As somebody who wants to change the world, I think this is my contribution to it.