Dr Lucy Peake is the Chief Executive Officer of the kinship care charity Kinship. She joined the ASGLB in 2018 and is Chair of the ASGLB Special Guardianship Task Group 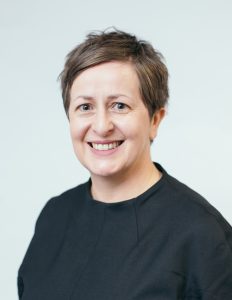 When did you first start working with children and families?

My background is in academic research but I quickly realised I needed something a bit more practical. My first research job out of university was at YMCA England. I was doing a lot of work directly with young people who were under 25 years of age and homeless. Many of them had been in care and it wasn’t hard to see that the care system needed a bit of a fix. My next job was at the Fostering Network where I stayed for 11 years.

Since 2015 you’ve been Chief Executive Officer of Kinship (formerly Grandparents Plus) what drew you to the charity?

While I was at Fostering Network I began to realise that there was a group of carers who were marginalised and who didn’t fit well in the system: kinship foster carers. When the job at Grandparents Plus came up it was logical for me to keep going where the support was most needed.

Can you tell us a bit more about Kinship and what it does?

Kinship is the leading kinship care charity in England and Wales. We work on behalf of all kinship carers – grandparents, siblings, aunts, uncles and family friends who step up to raise children when their parents aren’t able to.

Everything we do is based on what kinship carers tell us they need, like specialist advice and peer support groups. We’re also working on the ground, across the North East, in London, Yorkshire, in the Midlands and in Wales. Our project workers visit people in their homes and help develop peer support groups in the community. We literally take ourselves to where the carers are.

We’ve also introduced evidence-informed programmes for kinship care, like Kinship Connected, again, co-developed with carers. These are evaluated which means we can prove that investment in well-supported kinship care leads to better outcomes for carers and children. This in turn has meant that we’ve been able to work more closely with local authorities who are now commissioning our services. The charity has a breadth and depth of engagement with kinship carers that nobody else has. For me, that’s the special thing about us.

What’s next for the charity?

Increasing our focus on campaigning. It’s something that kinship carers have told us they want us to do. They are frustrated by the slow pace of change. We’re going to be building campaigning networks of trained and supported kinship carers and young people. The time is right for this – the policy interest in kinship care is increasing and it’s vital that there is more engagement with kinship families. We also want to extend what we do to support the children and young people in the families we work with. For example, we’re piloting a family activity programme on Teesside. This is about bringing the whole family together. So, as well as supporting the carers, we’ve got children meeting together. The aim here is to break down stigma and enable them to build relationships with each other. It’s another layer of peer support but this time led by the young people.

What we try to do throughout all our work is to highlight problems but also develop solutions. For example through Covid we went very clearly to government and said there is a problem – we must help kinship carers. They are older, poorer and in worse health than any other group raising children and they are going to need some support. So we identified a problem but we also said we can help you – we can work with local authorities to help these families. I have to say that the flex the government did on the Adoption Support Fund  was unbelievable. It freed up funding which enabled local authorities to commission support for thousands of special guardians.

How did you become involved with the Adoption Leadership Board (as it then was)?

Andrew Christie (former Chair of the ASGLB) was keen for there to be better representation from organisations working around special guardianship. The ALB wasn’t a natural fit for a charity like Kinship. But we were able to talk very frankly with Andrew about the difficulties charities like us had with the tight remit of the ALB. As a charity for all kinship carers we want to end this hierarchy of support based on legal order or whether a child was or wasn’t in care. We think that if you’re not raised by your birth parents and you’ve experienced trauma, you should be entitled to all the help you need. It shouldn’t really matter what placement you’re in. So there was a big session, other charities were there, and we all said the same thing, “this is really hard for us but the most important thing is, can we make progress for our families?”. Ultimately, we decided it’s better to work within the system with all its possibilities rather than holding yourself outside. All of us – whether we work in adoption, fostering or special guardianship – want what’s best for children and families. So, in 2018, myself and Cathy Ashley from the Family Rights Group joined the Board and the ALB became the ASGLB.

What do the ASGLB task groups do?

The task groups were another initiative that Krish introduced. They enable us to take key people from the Board – and others from outside – to address important issues affecting the sector and drive progress a bit faster. There are currently 4 task groups: Adopter Matching, chaired by Professor Julie Selwyn, Racial Disparity, chaired by Krish Kandiah, Support, chaired by Sue Armstrong-Brown and Special Guardianship, which I chair.

What’s the remit of the Special Guardianship Task Group?

The group’s focus is on supporting the ASGLB to influence positive change for special guardians and the children they care for. What we’re trying to do is to pull together the different parts of the sector to make progress more quickly.

As you might imagine, there’s quite a bit of overlap between the task groups as many of the issues we’re trying to address are experienced by families across the board. So the different groups will inevitably be collaborating and working quite closely together.

Who are the members of the Special Guardianship task group?

We’ve got 10 members at the moment and a good representation from the voluntary sector, from kinship carers themselves and from Regional Adoption Agencies. But we’ve only just started and it’s a moveable feast. It’s not like we’re going to meet for a year and then stop. We’ll need energy from people as long as they’ve got it – then we’ll bring new people in for another burst! There’s so much to do.

For me it’s also about spotting the pioneers in our sector. There are key people who are really driving positive progress for our children. I’m lucky enough to have some of those in my group. We have Sarah Johal from One Adoption West Yorkshire. That’s brilliant because she’s able to look strategically toward a different future where you might support all kinds of placement options for children. Part of our job is to hold up those pioneering people and places as good practice.

What are the key issues for the Special Guardianship Task Group at the moment?

There are issues like the take up of Pupil Premium Plus and the Adoption Support Fund. This is very much lower amongst special guardianship families than adoptive families. Our aim – with the combination of local authorities, the voluntary sector and special guardians themselves – is to raise awareness and get uptake moving in the right direction.

Then there are longer-term things like financial support for special guardians.  We’ve got a survey going at the moment of local authorities to find out what they’re paying. There’s also a series of “deep dives” to understand local authorities who are paying close to fostering allowance. We want to explore why they’ve done that, what the impact has been for them as a service plus the impact on the families. Kinship is working with Coram-i to get that research done and published. So we can marry up what the kinship carers are saying and what the local authorities are telling us and hopefully, track some positive progress.  I’m really delighted that we’re able to tackle some long-term systemic stuff as well.

How would you sum up your ambitions for the task group and the ASGLB as a whole?

Again it’s down to positive progress and promoting best practice. Some of what the board has done so far is about that. We have the Adoption Support Service Guide which sits on the CoramBAAF website. There’s also a Special Guardianship Support Guide which you can find on the Kinship website. These are resources for good practice around themes of work that we need to improve but pulling in where local authorities, or carers or agencies are doing something interesting to learn from.

It’s back to that idea of trying to find solutions. Whether it’s a policy solution or a practical solution. Whether it’s working with local authorities or in partnership with other charities. You have to do that. It’s about doing what’s right for your families.